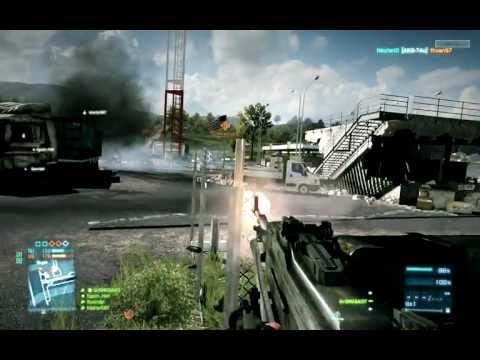 I have a simple set-up I've been trying to get running stable for about a week now. I have 2x nVIDIA GTX 980 and 2x Radeon 29 280X cards that I want to use.
I have previously used just the GTX 980s and they were stable for weeks. I recently acquired the 280s, and while I can't be certain, I think the cards are not at issue.
I also had two of the 980s and one 280 running in my desktop stable for quite some time, just as a tester. But for the actual mining rig, I was using old AMD AM3-based hardware. And I've had nothing but problems. Murphy's law.
First, I had a motherboard go out (ASUS M4A87TD EVO.) Luckily I had a spare. But the ASUS board had two native PCI-E x16 slots (one running at x1 speed,) and so I had been running the 980s both in the motherboard, and was using this riser extender to run the other cards, with molex->SATA risers (I don't have enough native 4-pin connectors to run without molex to SATA adapters.)
The "new" board (which is actually chronologically older and older tech) is a Gigabyte GA-MA785GM-US2H. It's also socket AM3 but only supports DDR2 memory; luckily I had old DDR2 available. This board also only has one x16 slot, so I am running 3 GPUs outside of the chassis with x16 risers.
It turns out after some nightmare of troubleshooting that one of the DDR2 DIMMs is probably bad. I don't have a replacement at the moment, but I've tried running everything with one DIMM.
I also have Virtual Memory (swap/page file) set to 16GB. I don't know why this is necessary, but other people mention it and NiceHash wouldn't let me run 4 cards without it.
Anyway, all works "fine;" I have the 280s set to 850MHz core clock and +20 power with 100% fans, and 100% fans and native clock on the 980s.
But I keep getting crashes. Before I had freezes, so I also changed out power supplies several times and tried everything you can think of. I don't think the issue is down to power any more, but I'm open to correction if anyone has a suggestion or tip.
For power, I'm using a 3 to 1 ATX-24 pin adapter, with a SeaSonic 620W as the master, and a Corsair 550W as the "slave." The SeaSonic powers the motherboard and the ATX12V for the CPU. It also powers the 3 SATA to molex adapters for the x16 risers, and the 8+6 pin PCI-E power connectors for the 280s.
The Corsair powers the HDD (this I have also suspected of causing problems but I have swapped HDDs and had the same issues, and I really need to get an SSD for this thing,) two 120mm intake fans, two 140mm exhaust fans, and the 6 pin PCI-E connectors for the 980s.
It doesn't seem to freeze anymore. It will mine just fine for a while but eventually I will get a BSOD, usually saying that the device driver has gone into an infinite loop. I believe this is the Crimson driver (I am using version 15.12.)
I've swapped CPUs and memory and HDDs and motherboards and I'm just almost at my wits' end about to tear my hair out trying to get this thing to run stably. I most likely just need to get all new mainboard/CPU/memory, but I can't do that at the moment, so I am looking for any advice/help I can get.
I would assume the driver is going into an infinite loop because it's polling hardware and not getting the response it expects or something like that, which could indicate a power or heat issue, but I don't know. And I've searched for the BSOD error and 90% of the results for "device driver went into an infinite loop" (paraphrasing) were related to AMD Crimson drivers. So that's been where my suspicion has been so far, and I've had other problems with getting the AMD stuff to work when I was initially setting it up. (And had problems with AMD/ATi drivers going back 20 years, ugh.)
So.. Any advice?
TL;DR: Running 2x GTX 980 and 2x R9 280X; keep getting BSOD about device driver going into an infinite loop after some time mining. Want to stab myself.

Why does it run SO POORLY?

I spent $1400 on this PC two years ago. 1GB overclocked GTX 280, 2.6GHz quad-core Core i7 920, hyperthreading enabled. I can run Crysis on high at 45fps, Far Cry 2 on high at 60fps, I can comfortably mine bitcoins at full capacity while browsing the web...and ARMA 2 gets maybe 20 frames per second, average.
Every. Single. Online community has told me "this game is innovative and its processing has never been seen in any game before". That sounds like bullshit, this PC can run things infinitely more complex and good-looking. And I'm talking 1280x1024, low settings, ARMA 2 isn't even playable. Or OA.
None of the threads helped, not a driver update, disabling AO, PhysX, absolutely nothing. I spent $40 on a game I can't play.

Graphics cards AMD (ATI) To get the maximum performance use the 2.1 release of the ATI Stream SDK. 2.2 wastes CPU time, and 2.3/2.4 drop mining performance by 5-10% unless using the Phoenix phatk kernel. GeForce GTX 280, GeForce GTX 275, GeForce GTX 260, Quadro FX 5800, Quadro FX 4800, Quadro FX 4800 for Mac, Quadro FX 3800, Quadro CX, Quadro Plex 2200 D2, Tesla C1060, Tesla S1070, Tesla M1060. Compute 2.0; GF100, GF110. ... eBay to allow Bitcoin from 10th February ... Studio Driver X NVIDIA does extensive testing which focuses on the top creative applications and ensures the highest levels of performance, stability, and functionality are provided. ROG Strix GeForce ® GTX 1080 gaming graphics cards are packed with exclusive ASUS technologies, including DirectCU III Technology with Patented Wing-Blade Fans for 30% cooler and 3X quieter performance, and Industry-only Auto-Extreme Technology for premium quality and the best reliability. Aura RGB Lighting with Modular Shroud enables a gaming system personalization and VR-friendly HDMI ports ... Initially there probably will not be $199 USD 4GB cards, but higher priced 8GB versions that are not going to bring any advantage for mining. Sure, it is better than the GTX 1070 price wise, though performance wise the two cards do seems to be very close for Ethereum mining (even though you need Linux for the 1070 for now, but there are hints that the overclocked performance for the 1070 could ...

GTX 280 purple snow on bootup, card works without drivers Helpful? Please support me on Patreon: https://www.patreon.com/roelvandepaar With thanks & praise t... *I'm too dumb to figure out how to make annotations so skip to 3:37 for the benchmarks.* Taking two high end/enthusiast level GPUs from 2008 and tasking them with taking on some much more modern ... EVGA GeForce GTX 280 FTW Edition 1GB GDDR3 Video Card Review - Duration: 9:56. JBR 29,843 views. 9:56. Top 12 Awesome Upcoming Games of 2020 - Duration: 33:08. GAMETRL Recommended for you. [email protected] link`s Download optional software from www.trust.com/18911/driver www.trust.com/18911/faq. The Nvidia Geforce GTX 280 from BFG was the cream of the crop graphics card in 2009, let's see what it can do in 2017 and what video games it can run.